Last month we heard that iQOO was planning to launch the iQOO 10 and iQOO 10 Pro in July. While we are still waiting for the iQOO 10 lineup’s launch date, the company has announced that the iQOO 10 series is coming soon with the Snapdragon 8+ Gen 1 SoC, and the poster shared by iQOO confirms we will get BMW versions of the smartphones. 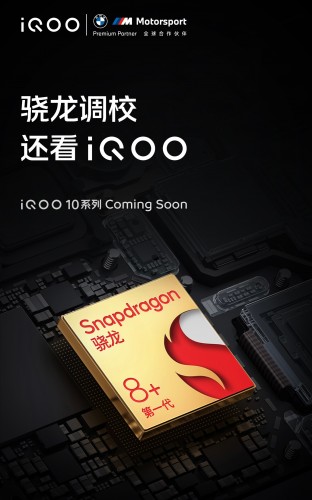 iQOO didn’t divulge anything else about the iQOO 10 series, but it indirectly confirmed that the lineup will include a Pro model since it was used for its Weibo post, and that’s also the one likely to have the Snapdragon 8+ Gen 1 chip at the helm, while the vanilla model is expected to be powered by the Dimensity 9000+ SoC. However, it’s unclear if the lineup will include an SE version. 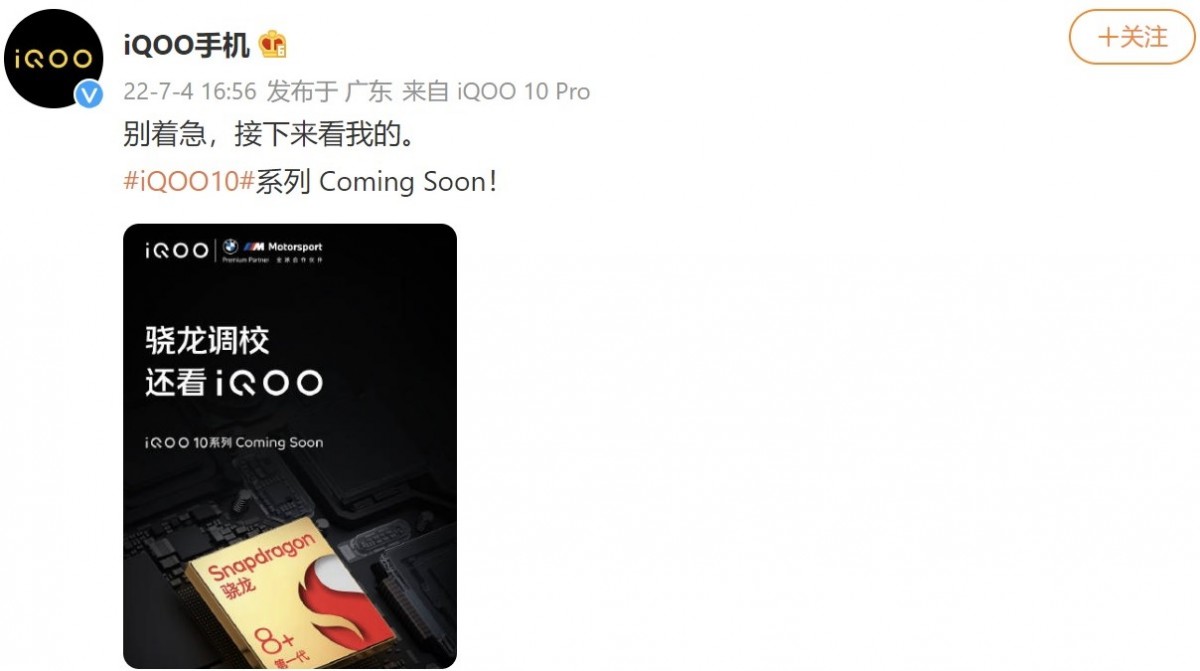 Circling back to the iQOO 10 series, the iQOO 10 Pro was recently certified by TENAA, which revealed the smartphone will come with a 6.78″ 1,440p AMOLED screen, up to 16GB RAM and 512GB storage, two 50MP cameras on the rear joined by a 14.6MP unit, and a battery with a rated capacity of 4,550 mAh, rumored to support 200W wired and 65W wireless charging.

You can expect to hear more about the iQOO 10 series in the coming days as the company proceeds further with its promo campaign.