BREAKING NEWS
Week 31 in review: OnePlus 10T and OxygenOS 13 are official
Apple could be developing a smart display
Google Pixel 6a review – GSMArena.com tests
‘GoldenEye 007’ fans are creating a full game mod based on ‘The Spy Who Loved Me’
Weekly poll: is the OnePlus 10T the one to get or one to skip?
Meta unleashes BlenderBot 3 upon the internet, its most competent chat AI to date
Flashback: two decades of fingerprint readers on mobile devices
Apple’s iPad drops to $299, plus the rest of the week’s best tech deals
Weekly poll results: tiny Asus Zenfone 9 stirs big excitement
Steam is finally adding support for Nintendo Joy-Con controllers


The Samsung Galaxy Z Fold4 will upgrade to the tougher Gorilla Glass Victus+ for protection of the cover display and the rear panel, the Z Fold3 used the original Victus, according to leakster Ahmed Qwaider. As for the larger inner display, previously we had heard rumors of a “Super UTG” material. If nothing else, the new hinge design will reduce the crease.

Qwaider provided additional info. Even though the new Z Fold4 will stick to 25W charging and the battery capacity will be the same at 4,270mAh, Samsung will tweak the charging curve to speed things up by a fair amount. In our tests, half an hour of charging pushed the battery of the 2021 foldable only to 33%. The Z Fold4 will allegedly go up to 50% in the same amount of time. 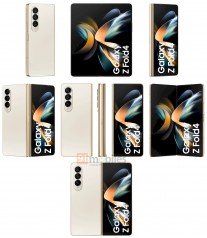 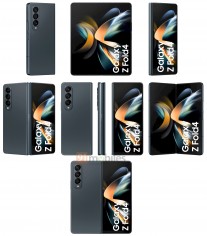 The Samsung Galaxy Z Fold4 will bring major improvements to the camera department. Rumor has it that the main cam will go up to 50MP (from 12MP) and that the telephoto module will get a 3x lens (up from 2x). The 16MP camera on the cover display and 4MP under display camera will probably not be upgraded.

Going back to the display for a moment, the Z Fold4 will have slimmer bezels on the cover display and a less stretched out aspect ratio. Of course, the phone will be powered by the Snapdragon 8+ Gen 1 (as will the Z Flip4). The Fold is expected to launch at the same price as its predecessor last year. The official announcement is coming next week.