Huawei hasn’t divulged any specifications of the MateBook E Go yet, but the image it shared on Weibo reveals the MateBook E Go’s design. You can see it’s running Windows 11 and will come in two colors. It features a USB-C port, a 3.5mm headphone jack, and a camera on the back. 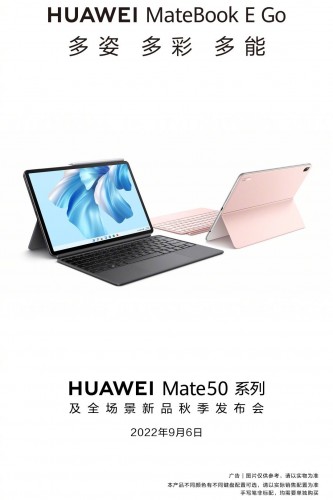 The MateBook E Go also has stylus support, but Huawei says it will be sold separately, while the keyboard will come in different colors with different configurations.

You can expect to hear more about the MateBook E Go from Huawei in the days leading to the September 6 unveiling.