DJI’s adventure into modular cameras is over – the new Osmo Action 3 camera goes back to the one-piece design of the original (and brings back the “Osmo” name to further distance itself from the Action 2).

The new model brings an improved RockSteady 3.0 electronic image stabilization, which works at up to 4K/120fps. HorizonSteady is back and will keep the horizon level even if you spin the camera 360°, however, it is limited to 2.7K/60fps. There is a new HorizonBalancing mode as a middle ground, it can correct tilt up to 45° and works at up to 4K/60fps.

Since vertical video is unfortunately popular in the modern world, the camera comes with a new protective frame that has two attachment points – one on the bottom and one on the side, so you can quickly switch between horizontal and vertical video. The quick release design has been improved since the Action 2 by adding notches for “a locked-in, impact-resistant hold”. 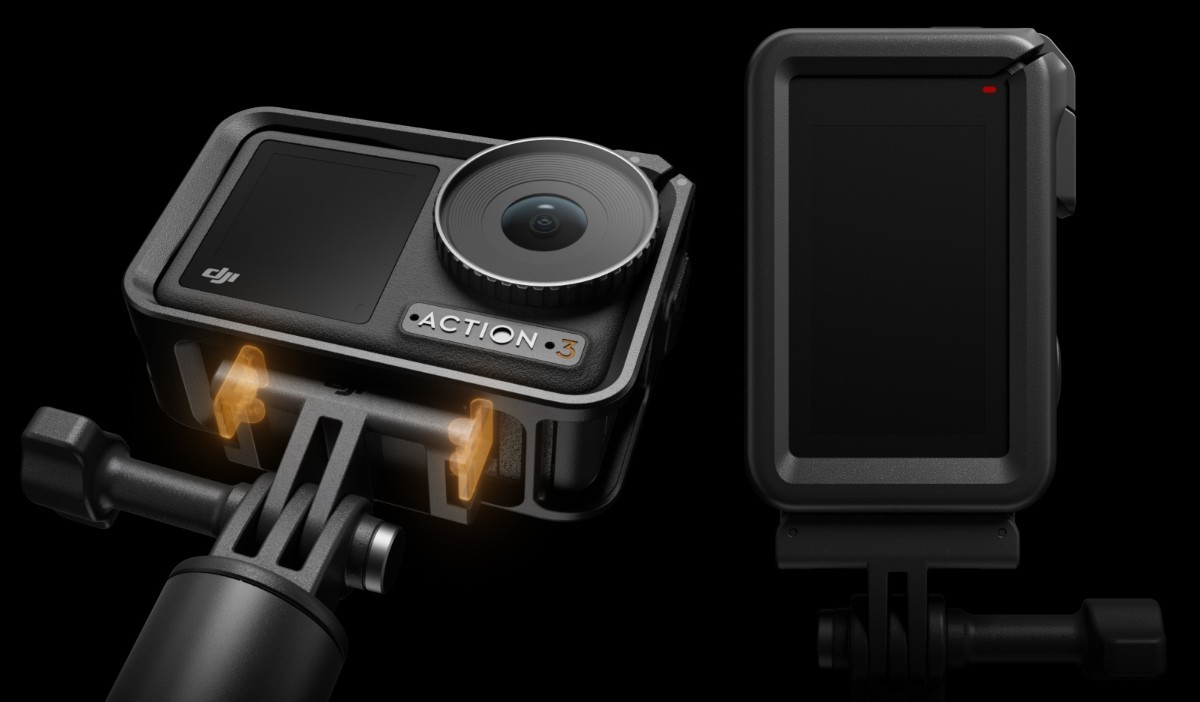 The small 1.4” display on the front of the Osmo Action 3 has gained touch functionality, so vloggers can use it to change the settings of the camera. Something similar was possible with the Front Touchscreen Module of the Action 2, but that’s in the past. Also, the rear display is larger, 2.25” (up from 1.76”).

The camera can record up to 160 minutes (at 1080p/30fps, no EIS, screens off). Thanks to improved thermals, the only limit on 4K/60fps recording is how long the battery will last. 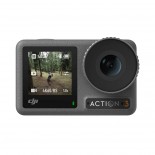 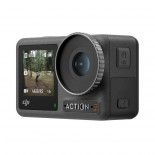 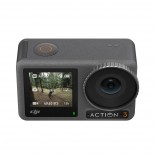 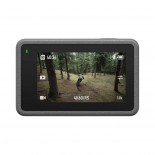 More impressively, it has a wide operating temperature of -20° to 45°C (-4° to 113°F) with the included battery. GoPro usually sells its Enduro Extended cold weather batteries separately. Do note that you can’t charge the batteries below freezing (a common problem with lithium batteries), the charging range is 5° to 40°C (41° to 104°F).

On the plus side, the battery has fast charging support – the 0-80% time is 18 minutes, the remaining 20% need another 32 minutes.

The camera is waterproof and can dive down to 16m (52ft) without a case. DJI does have a special case if you need to go deeper. A color temperature sensor helps the camera provide more accurate color underwater and when transitioning to the surface. The two touchscreens and the camera lens are protected by Gorilla Glass and can withstand drops from 1.5m (5ft). Also, the screens have hydrophobic coating, which lets you use them even with wet fingers.

For audio, the camera has three microphones on board and you can plug in external mics using the USB-C to 3.5mm adapter. The Action 3 can also be used as a webcam for high quality video and audio during conference calls and livestreams.

The DJI Osmo Action 3 is available starting today over at the DJI store. The standard combo is $330/€360/£310 (camera, horizontal/vertical protective case plus some mounting accessories) the Adventure combo is $440/€460/£400 (adds two extra batteries, a battery case and a 1.5m extension rod). 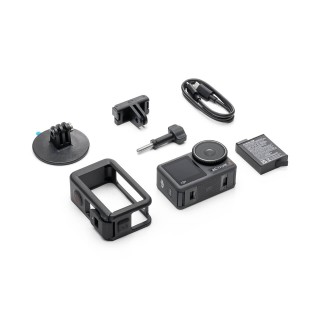 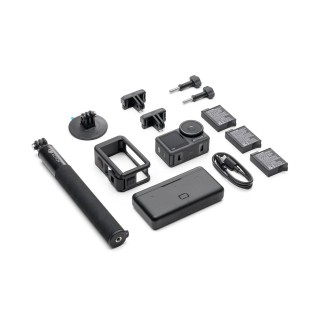 Check out the first promo video for a preview of what the new action camera can do:

Report: Apple to use TSMC’s upcoming 3nm node (N3E) for the next iPhone and Mac chips