If Bruce Wayne decides to take up mobile gaming seriously, he can rest assured Asus has him covered with the ROG Phone 6 Batman Edition. Gotham’s superhero vigilante is the inspiration behind the latest limited edition phone from Asus’ ROG lineup and we got the chance to test it out alongside all of its bundled accessories. 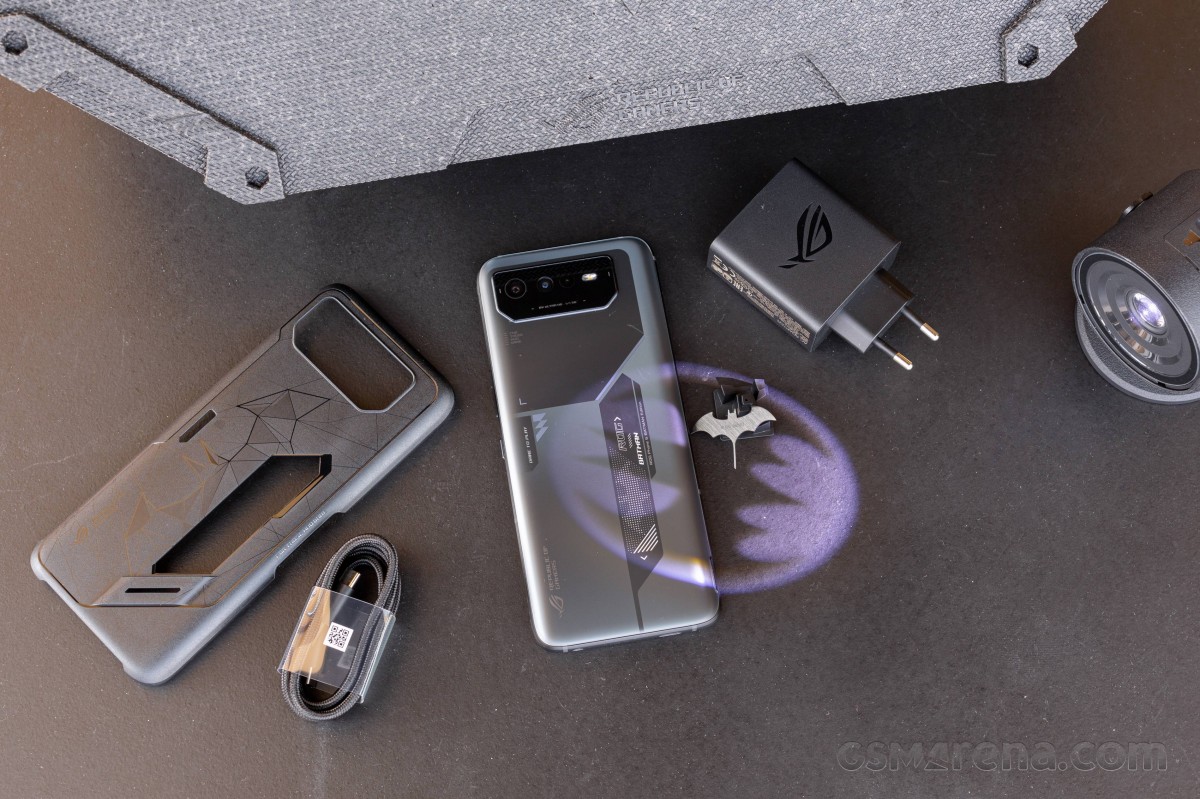 The unboxing experience starts with a hard-shell box with latches that reveals the phone and all its goodies. There’s a hardshell Batman-themed Aero Case, a custom bat-shaped SIM ejector tool and the usual Asus 65W HyperCharge charger and braided USB-C cable. The coolest addition is the LED bat signal searchlight which is powered by USB-C and lets you project the famous bat signal onto any surface.

Moving on to the phone – it comes in the Night black color option and has an RGB Batman logo on the back. It feels just like the regular ROG Phone 6, but there are some differences. The big one here is the chipset. Our international unit comes with the MediaTek Dimensity 9000+ chipset just like on the ROG Phone 6D Ultimate which we recently reviewed alongside 12GB RAM and 256GB storage. In contrast, buyers in the US and Canada will get their Batman Edition with the Snapdragon 8+ Gen 1 chipset like the regular ROG Phone 6. 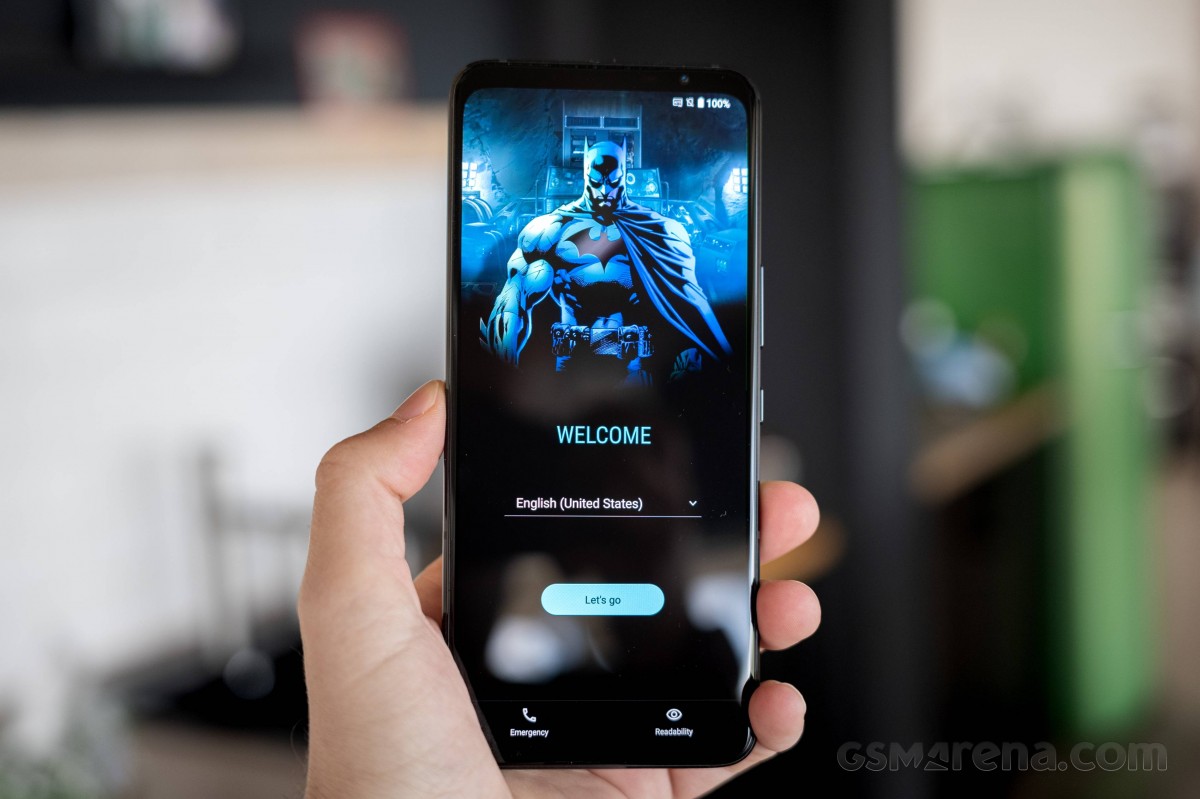 The other differences come on the software front. As soon as you boot up the device you get a special welcome screen with the masked superhero there to greet you. The Batman Edition ROG Phone 6 also brings custom Batman themes, live wallpapers, charging animations and Always-On Display (AOD) options. The rest of the specs are ported from the ROG Phone 6 with a 6.78-inch 165Hz OLED display, 50MP main cam and a 6,000 mAh battery 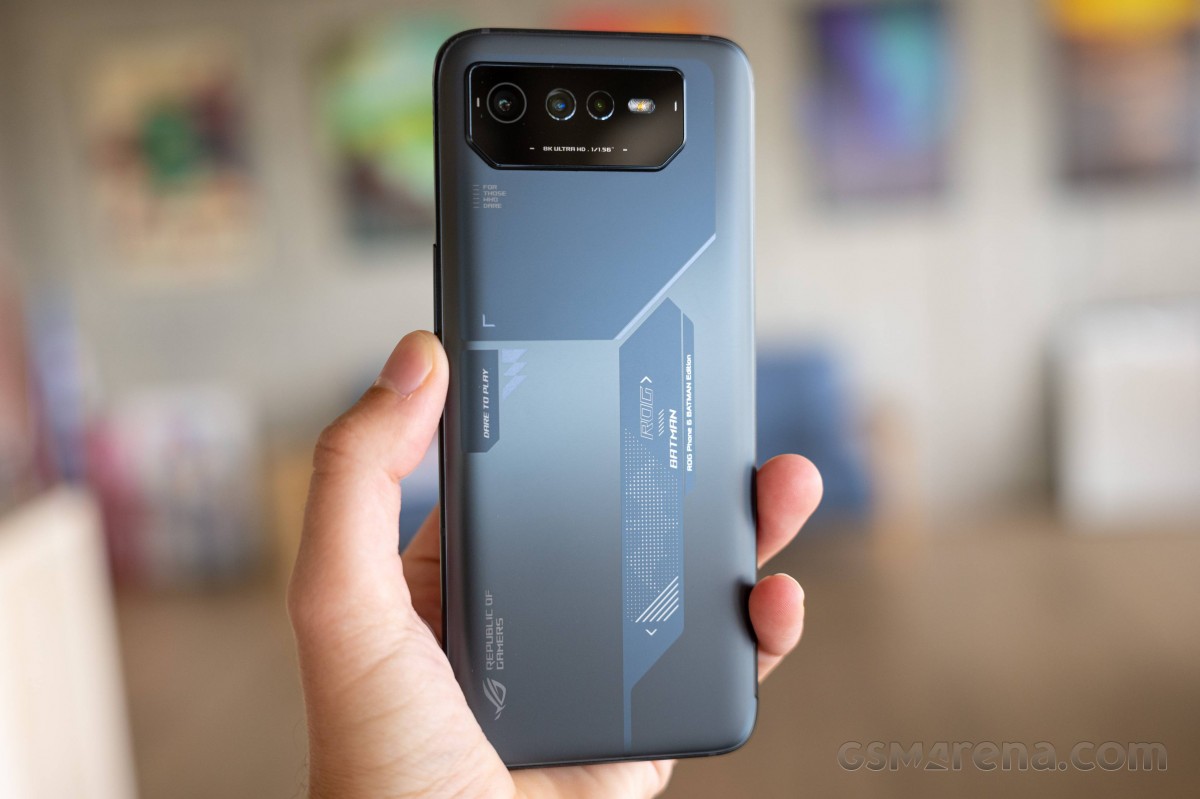 Asus ROG Phone 6 Batman Edition retails for €1,199 here in Europe which is a steep €250 markup over the regular ROG Phone 6D, which starts at €949. The custom-tailored unboxing experience and the Batman accessories will be appreciated by fans and we did have some fun with the LED bat signal around the office.