The Oppo Reno9 lineup is expected to arrive soon, and a leaked invitation reveals the company has already set a date for the Chinese launch. The event is taking place on November 24, even though the date is yet to be officially confirmed and the original poster deleted the photo from their Weibo profile. 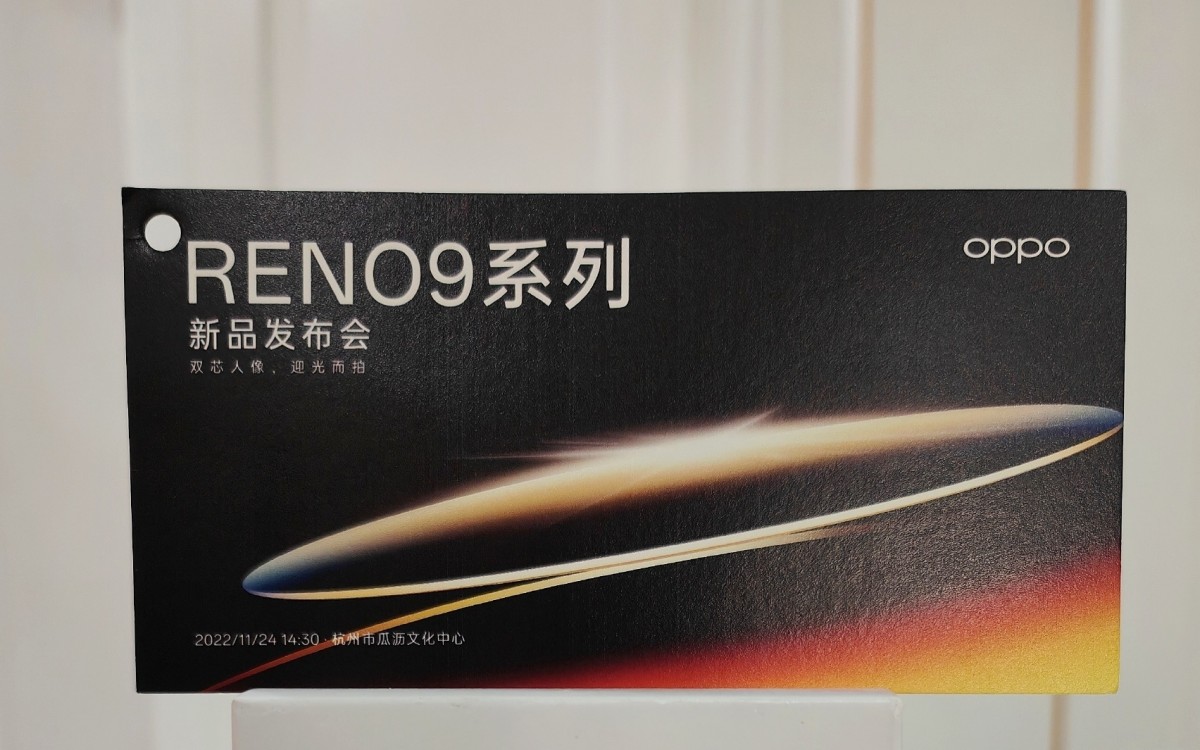 The Reno9 phones will be visually similar to the Reno8 with the camera island spilling onto the side but this time only the Pro Plus version is expected to have a bump – the vanilla and the Pro will have it only in a different color/texture, with only the lenses protruding.

The Reno9 Pro and Reno9 Pro+ were pictured with writing on the back, confirming the MariSilicon X NPU that was also present in the previous series. The regular Pro will have a Dimensity 8100 variety of chipset, while the Plus will reportedly come with Snapdragon 8 Gen 1. These are all rumors and we have to wait until next Thursday to see whether they were true.